Nusaned Launches its Journey Towards a Sustainable Community

In an effort to achieve a sustainable, self-sufficient society, Nusaned launched its initiative, ‘Roofs that Shield” in Akkar, a project that aims to restore and rehabilitate homes and public spaces.

The launch ceremony was attended by several heads of municipalities, members of Nusaned, and residents from the region, in addition to the actress, Carmen Bsaibess, who was announced as Nusaned’s brand ambassador.

In addition to launching the project, Nusaned also took the opportunity to announce the restoration of 25 homes in Barqayel, in addition to signing a cooperation agreement with 22 municipalities from Akkar. Following the ceremony, attendees were given the chance to tour the restored homes, where they participated in restoring and decorating an old staircase between the houses, equipping it with handrails and benches so that it could become a communal space for the people of the area to enjoy.

In addition to the above mentioned initiatives, Nusaned restored a chicken coop, which was then placed between the residents’ homes, further emphasizing the focus on sustainability that Nusaned believes and strives for.

With this being said, Nusaned’s spokesperson, Ghaida Nawam, affirmed that the success of the projects was in part due to the people of Akkar’s willingness to embrace Nusaned. She stressed that, “Nusaned is a humanitarian, community-based and volunteer organization. It does not engage in any political activity, and remains at equal distance from all religions. Nusaned support communities based on a non-biased, egalitarian and value-based needs assessment process.

“We all need support, and so we chose the name of the organization based on this idea.”, Nawam explained (Nusaned means ‘we support’ in Arabic). She added: “We support Lebanese families in need to become independent and live their lives with self-sufficiency and sustainably. We also support volunteers and focal points in developing their skills, as well as supporting Lebanese Charities with their projects. We assist donors by directing them to families in need so that they can give back to their communities. And finally, we support ourselves as founders and administrative members of the association by being able to change the lives of families in need and communities that surround us.”

Nawam also stated that the Roofs That Protect program aims to provide the basic human right to safe shelter that protects the individual and their family’s health, providing them with stability and opportunities for development and economic growth. She added that Nusaned aspires to rehabilitate 300 homes in Akkar and 1,000 homes across Lebanon. Nawam detailed how through the programs, Roofs that shield, Crops that yield and goods in need, the association would be able to achieve economic, social, and environmental sustainability for the communities it serves.

In a speech made by the Vice President of the Union of Municipalities in Central and Costal Qaitea and the head of the Qarqaf Municipality, Sheikh Yahya Al Rifai, he touched on the basis of launching cooperation between Nusaned and the municipalities, praising their rapid pace of work. Al Rifai called on the municipalities to meet the organization in the middle, to help the people of Akkar in light of the financial, economic, and social crisis, and encouraged real estate donors to do whatever they can to support Nusaned in its projects.

In a statement from the engineers participating in the project, engineer Mohammed Fatfat thanked Nusaned and presented photos depicting the houses prior and after their rehabilitation, explaining the detailed steps that engineers took to cooperate with the Organization. Fatfat pointed out that, “the measures taken succeeded in evaluating the existing construction, treating water leakage, damp and humidity, especially in ceilings. We installed tightly secure lockable entrance doors and internal doors to protect and provide privacy as well as aluminum windows. Bathrooms and kitchens were renovated, installing new electrical and plumbing infrastructure, as well as renewing the floor and wall surfaces. Finally, we also implemented health and safety measures through sterilization and pest control”.

Nusaned, is a humanitarian, community-based and volunteer organization. It believes that the power to create change comes from working collaboratively.

The Organization focuses on supporting deprived Lebanese communities in achieving sustainable self-sufficiency by facilitating food security, building shelter, and providing continual opportunities to encourage a productive economy, through an innovative and effective partnership with the communities, international organizations, and committed donors at a local level.

Roofs that shield, Crops that Yield and Goods in Need are the broader framework under which Nusaned intends to implement several projects in an effort to help marginalized Lebanese communities across the country live more sustainably. 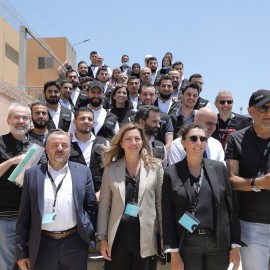 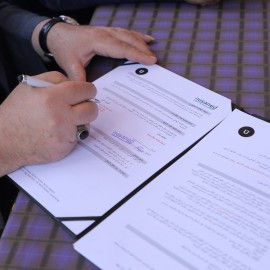 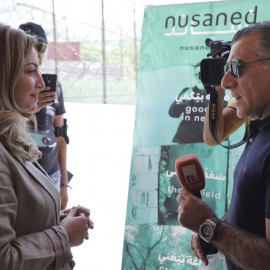 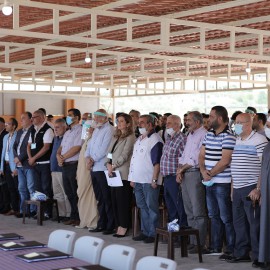 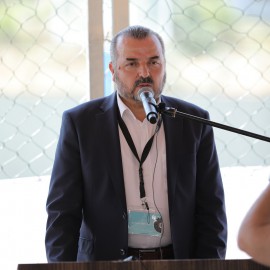