Together, we can build stronger communities.

Nusaned is built on partnership and collaboration to improve the livelihoods of families across Lebanon. We work with individuals, companies, NGOs, and pro bono partners, to address complex challenges on a national scale.

Together, we share the same mission and values and make them integral parts of our strategies. We are honored and humbled by their generosity. Beyond their financial support, our partners have contributed creative ideas, critical expertise, essential volunteer power and endless support in kind. 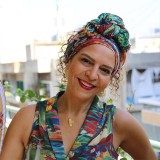 Ghida Younes was born in Lebanon. She started her career in advertising at Leo Burnett Beirut, in 1997, as Arabic Copywriter. She spent 13 years at Leo Burnett where she won awards on P&G and local brands.

In 2010, following her hunger for storytelling, she pursued her passion in New York where she joined the screenwriting program at New York Film Academy.

In 2012, she created her own TV show called “Wanna be on TV?” that she produced and presented on local TV, interviewing ordinary people with extraordinary stories to tell.

In 2013, while her day job was Regional Creative Director on Pantene with Grey MENA, she created an illustrated character that she called MyFatLady, her own special tribute to life in colors, full roundness and freedom in every woman’s own body.

Today Ghida is a freelance Creative Director, a painter at work and play and forever a storyteller at heart. 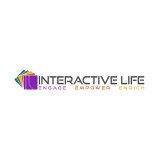 Interactive Life is a solution focused on providing mobile and web applications geared toward Real-time, Smart, Personalized, and Sustainable Engagement of individuals, communities and affinity groups.

Our innovative platform for interactive content, with a modular approach that allows efficient, simple, and adaptable development and content management for Mobile and Web Apps geared toward teams and common interest communities. 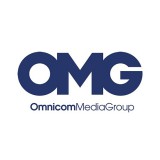 As a leading global media network, Omnicom Media Group (OMG) sets itself apart with an agile, client-first approach that helps businesses thrive today and into the future. With more than 21,000 employees globally, OMG has the talent, expertise and clout to deliver unprecedented levels of innovation for our clients. 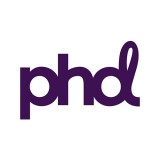 Brilliant media thinking is in our DNA. A culture of thought-leadership, creativity and innovation has seen us grow from a challenger agency in the UK, to a global leader with over 6,000 employees in 100 offices worldwide.

We combine the latest industry insight with the best creative minds to produce planning innovation and create award-winning work for some of the world’s largest advertisers. 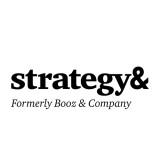 Strategy& is a global strategy consulting business uniquely positioned to help deliver your best future: one that is built on differentiation from the inside out and tailored exactly to you. As part of PwC, every day we’re building the winning systems that are at the heart of growth. We combine our powerful foresight with tangible know-how, technology, and scale to help you create a better, more transformative strategy from day one. We’re 100+ years, 3,000 strategy consultants, over 250,000 PwC professionals, 736 offices, and 158 countries strong.

By partnering with Nusaned you can create opportunities to involve yourself or your team more deeply in your communities.